No one offers a better selection of healthy marine fish and invertebrates for the saltwater aquarium than Reeffishcenter. From angels, to clownfish, gobies, tangs, wrasse, anemones, Crabs, and more... 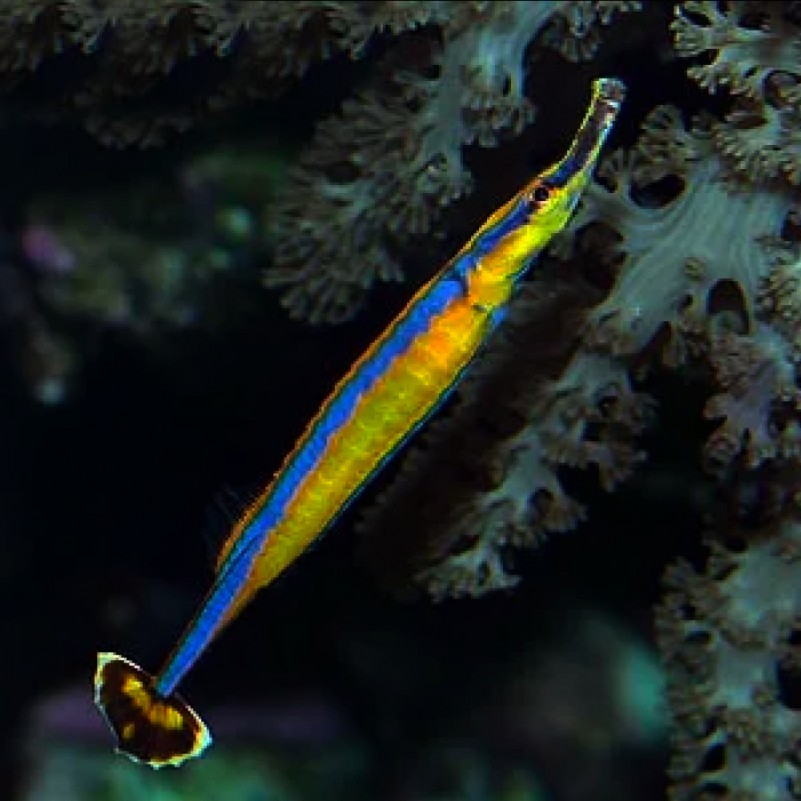 No one offers a better selection of healthy marine fish and invertebrates for the saltwater aquarium than Reeffishcenter. From angels, to clownfish, gobies, tangs, wrasse, anemones, Crabs, and more... The finest specimens in the...

The Bluestripe Pipefish is the smallest of the reef pipefishes available in the aquarium hobby. It has a long, slender body with a tiny, tubular mouth and a round, flag-like tail. The body is orange with a blue stripe on either side running from snout to tail. The tail is maroon to red with highly variable yellow, orange, and white markings.

Bluestripe pipefish are among the hardiest pipefish, but still suggest expert only aquarists keep Pipefish due to their small size and unusual requirements. They normally prefer to eat only Cyclops, small Mysis, and Nutramar Ova.

Looking for the best food to feed your Pipefish? We recommend AlgaGen Tisbe biminiensis.

This species is best kept in mated pairs or harems of one male and multiple females in an aquarium that is 30 gallons or larger. Males are territorial and will not tolerate the presence of one another. If adding more than one bluestripe pipefish to the aquarium, it is recommended to add them at the same time.

After an elaborate courtship dance, the female will attach her adhesive eggs to the concave area on the underside of the male's trunk. A pair will regularly mate in an aquarium if well-fed. It is not easy to determine gender, but mature males typically have a flattened appearance due to the brood patch, while females are more round. With the help of a magnifying glass, opaque papillae can be seen on the snouts of mature males.

It may be kept with small, shy fish such as small gobies, seahorses, dragonets, and firefish. Aggressive, territorial, or fast-moving fish do not make good companions. Pipefish will be harmed by anemones and corals with stinging tentacles or corals that are large enough to consume them, such as brain corals. They can also be harmed by invertebrates such as crabs and large shrimp. These pipefish usually spend daylight hours swimming vertically behind a pipe or upside-down under a rock ledge. At dawn and dusk they can be found swimming out in the open in search of food. 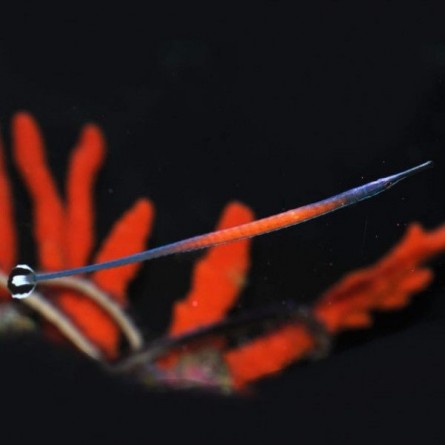 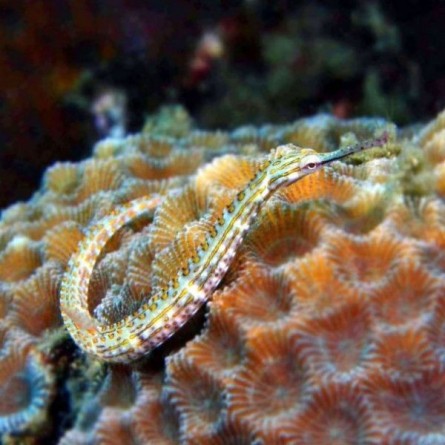 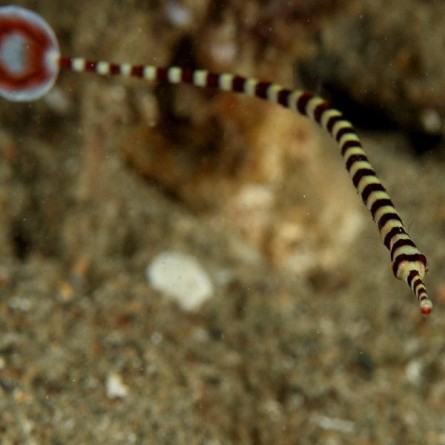 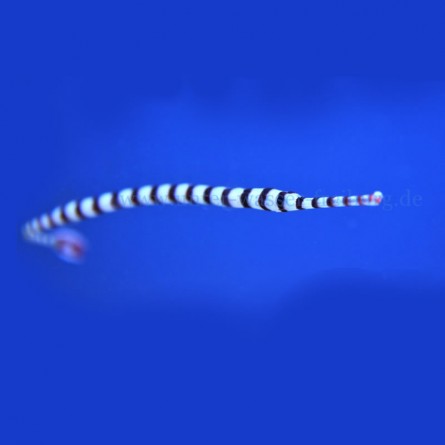