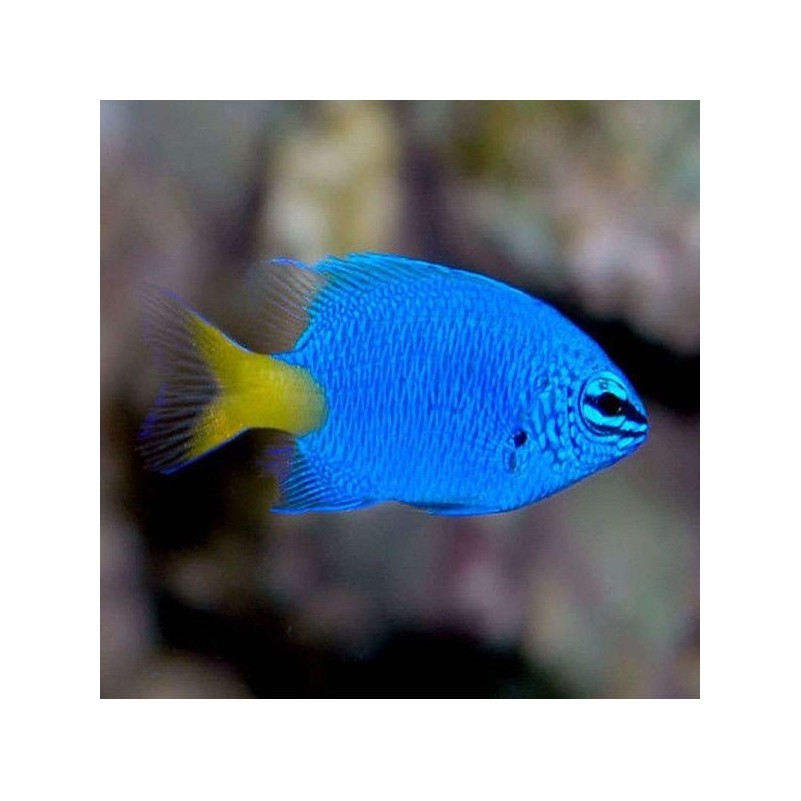 The Yellowtail Damselfish is extremely hardy and gorgeously colored. In fact, Chrysiptera parasema is considered by many aquarists, both beginning and advanced, to be the ultimate damselfish. This is partly because its jewel-blue body is contrasted by an energizing yellow tail. This color combination looks stunning against any backdrop of corals and live rock. But what pleases aquarists most is that the Yellowtail Damsel is less aggressive and does not need as large of an aquarium as other Damsels.

Native to the reefs of the Indo-Pacific, this member of the Pomacentridae family prefers multiple hiding places and peaceful tankmates. Though most Yellowtail Damselfish will ignore other fish, invertebrates, or corals, some may be territorial towards its own kind or similar-sized fish. The Yellowtail Damsel is best kept in small groups of odd numbered fish in suitably sized systems.

Also known as the Yellowtail Blue Damselfish or Yellowtail Demoiselle, and sometimes confused with the Azure Damselfish, C. parasema feeds on zooplankton and algae in the aquarium. For best care, it should also be fed a varied diet of meaty foods, such as mysis and vitamin-enriched shrimp. It is best to feed several small meals throughout the day.

Yellowtail Damsels have been bred in captivity. Though difficult to sex, males are usually larger and more slender and become aggressive towards females when ready to mate. However, the male Yellowtail Damsel is ultimately responsible for the care and guardianship of the eggs and will become very territorial while watching over his brood. 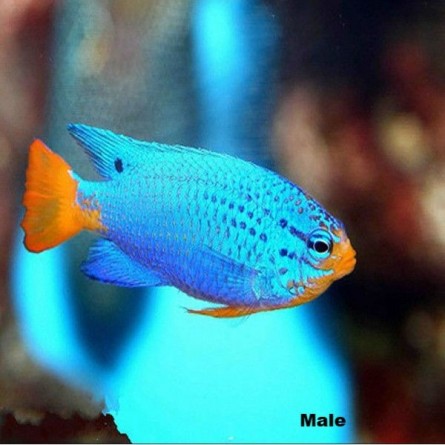 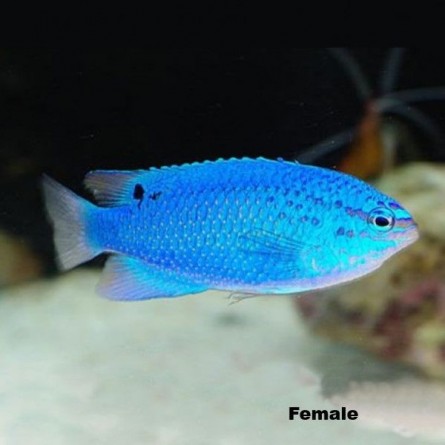