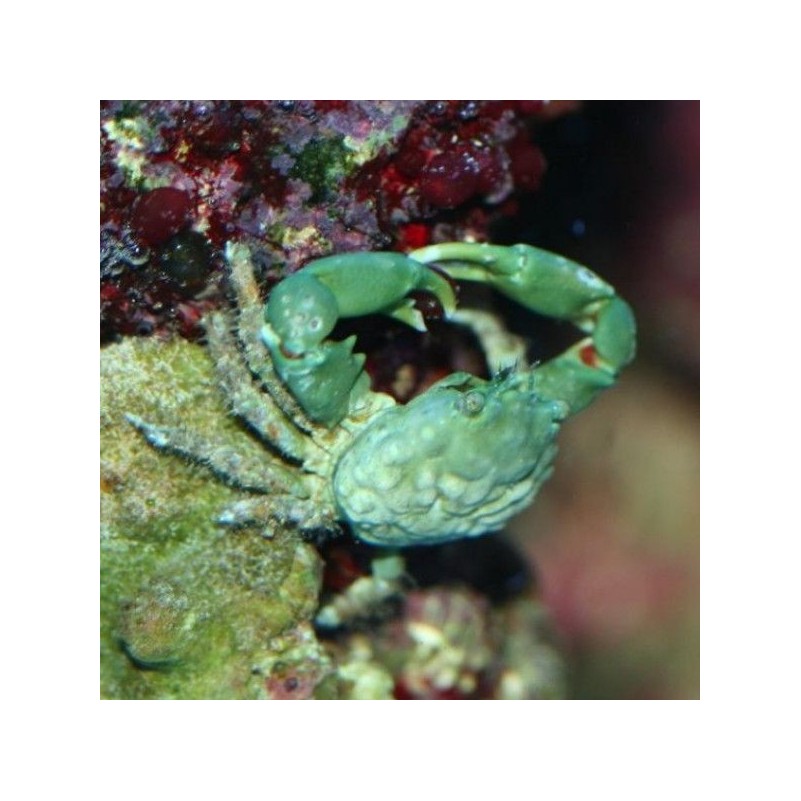 The Emerald Crab, also known as the Emerald Mithrax Crab or Emerald Mythrax Crab, is a hardy and beneficial crustacean with an attractive shiny green coloration. It is easily identified by its flat compact body, textured pebbly carapace, and a set of spiky, walking legs covered in bristly hairs.

This ornamental crab is popular among marine aquarium hobbyists of all skill levels and utilized for its gregarious scavenging abilities. The Emerald Crab is an opportunistic and enthusiastic feeder with a hearty appetite for a wide variety of items including uneaten meaty foods as well as many types of nuisance algae. The Emerald Crab makes an invaluable addition to your natural reef-cleaning arsenal as it will eat bubble algae, often deemed unpalatable by many other algae eaters.

Pay particular attention to ensure an ample supply of food for the Emerald Crab. Otherwise, this tenacious scavenger may turn to corals, invertebrates, or small fish for a food source. However, when well fed, most Emerald Crabs are very tolerant of their tankmates and highly compatible in reef environments. If there is insufficient algae, supplement the diet of the Emerald Crab with dried seaweed and chopped meaty foods, such as shrimp, as well as a quality pellet fish food.

Like other invertebrates, the Emerald Crab does not tolerate copper-based medications or fluctuating water parameters. 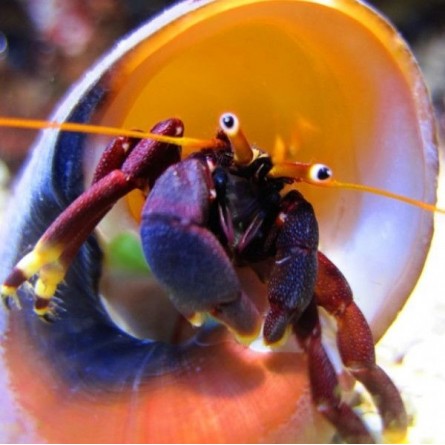